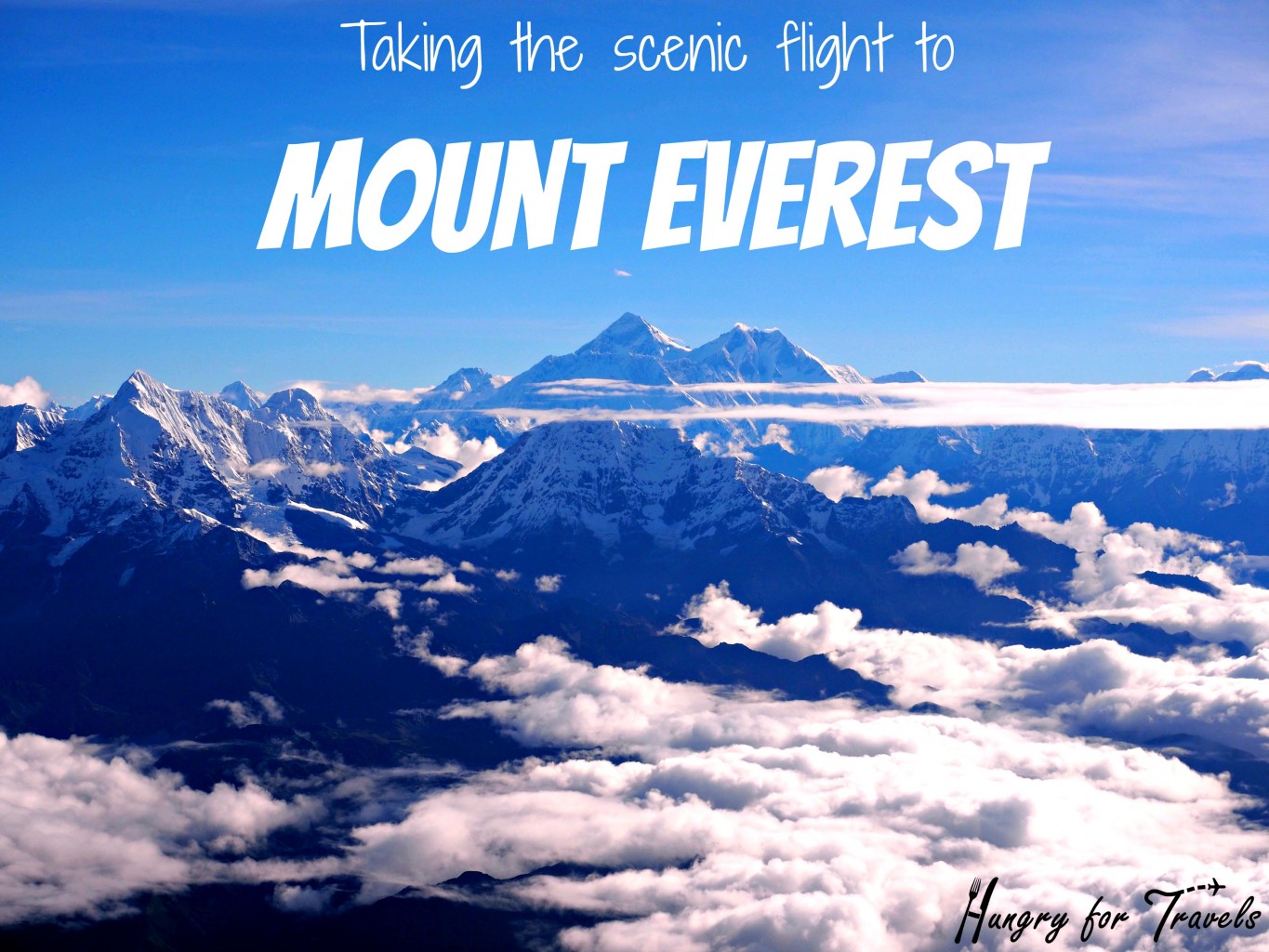 For the third day in a row I arrived at Kathmandu airport’s domestic terminal at 6am, optimistic that this was going to be the magical day that my scenic Everest flight would take off, and not canceled due to weather like the two previous mornings. When booking my trip to Nepal, seeing Everest was a huge draw, but climbing it wasn’t in my plans. That meant flying to it on Yeti Air’s scenic Everest flight was the only way I was going to be able to see it close-up. With inclement weather being a possibility every day at Everest, you’re never guaranteed to take off.

I sat waiting patiently at the airport, praying that my flight would take off this morning. If it didn’t happen again today, I wouldn’t have another chance to attempt it since I was heading to the lake town of Pokhara later in the afternoon. Finally, over the loudspeaker I heard the announcement I had been waiting for: we were boarding. 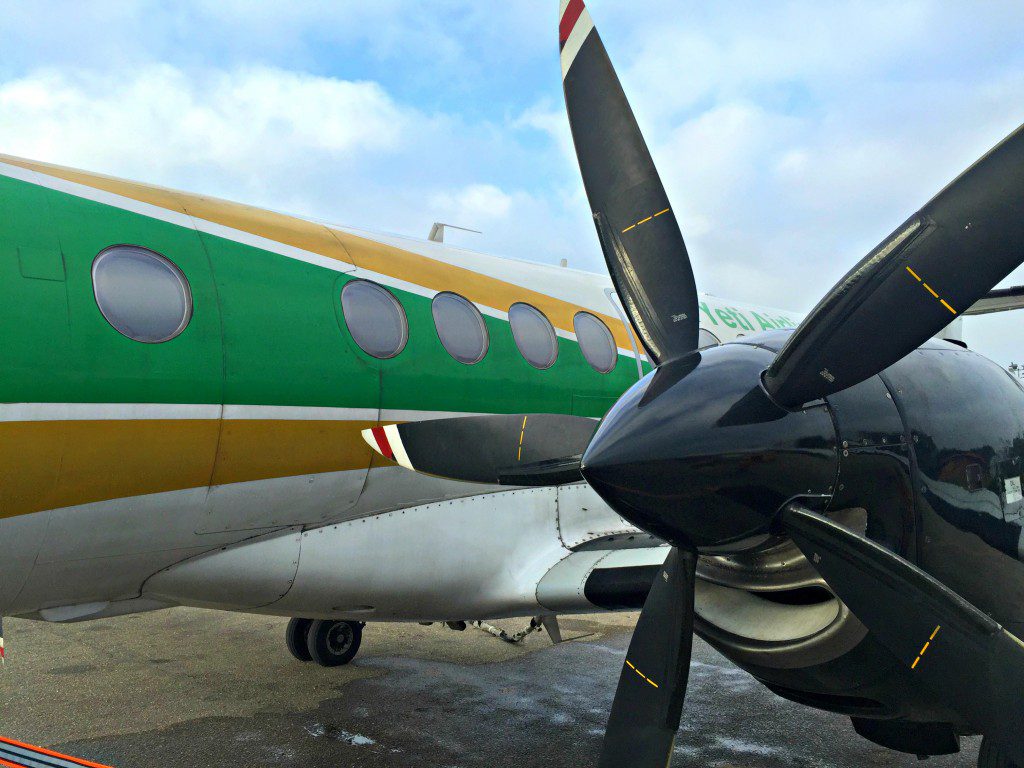 I boarded the small 30-seat prop plane giddy with excitement. The other passengers from around the world were equally ecstatic. We all had window seats. In what felt like no time at all we were cleared for departure and took off. I watched as the expansive city of Kathmandu disappeared further and further into the distance, until it was out of sight.

Quickly the landscape below changed from flat beautiful green farmland to a mountainous snow-capped terrain; we had made it to the Himalayas. The clear blue sky was the perfect backdrop, and the mountains continued to get closer. My excitement grew by the second. Over the intercom the stewardess pointed out the different mountains on the horizon. I gawked in admiration, unable to take my gaze away from the pure untouched beauty. 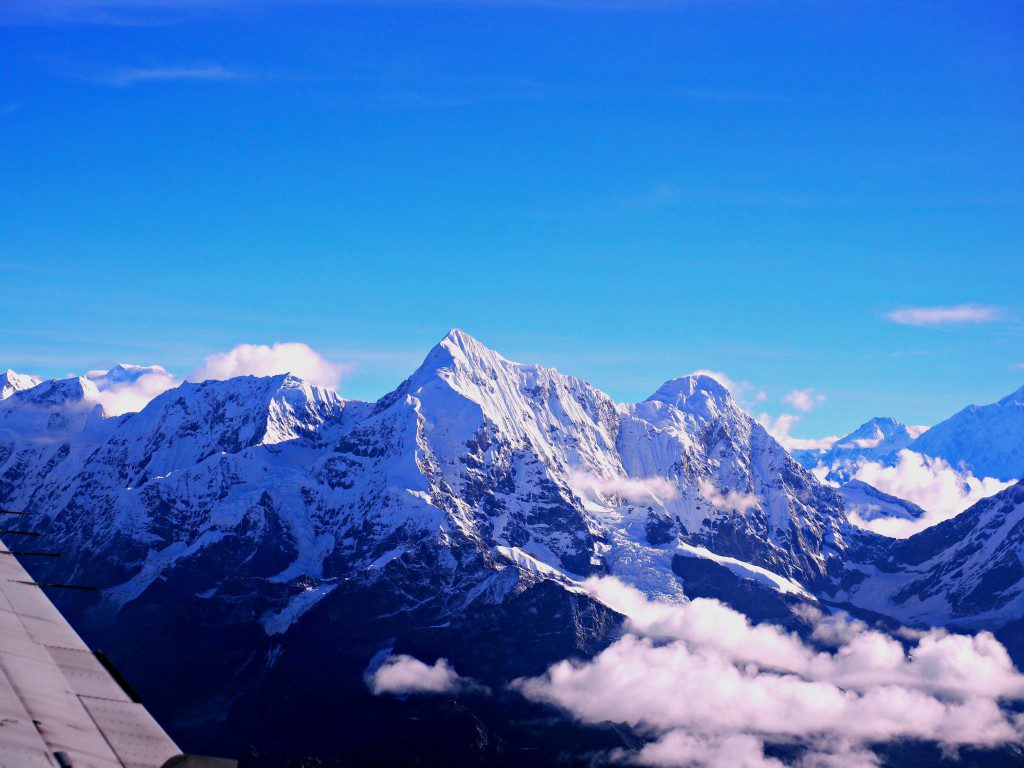 Finally the time had come; Everest was in sight. The pilot opened the door to the cockpit, allowing one person at a time enter to get a sneak peek of what we were all about to see. Once it was finally my turn I entered the cockpit and was greeted by the friendly Nepali pilots. They pointed out of their panoramic window towards the majestic mountain, seemingly floating in the indigo blue sky on top of the clouds. 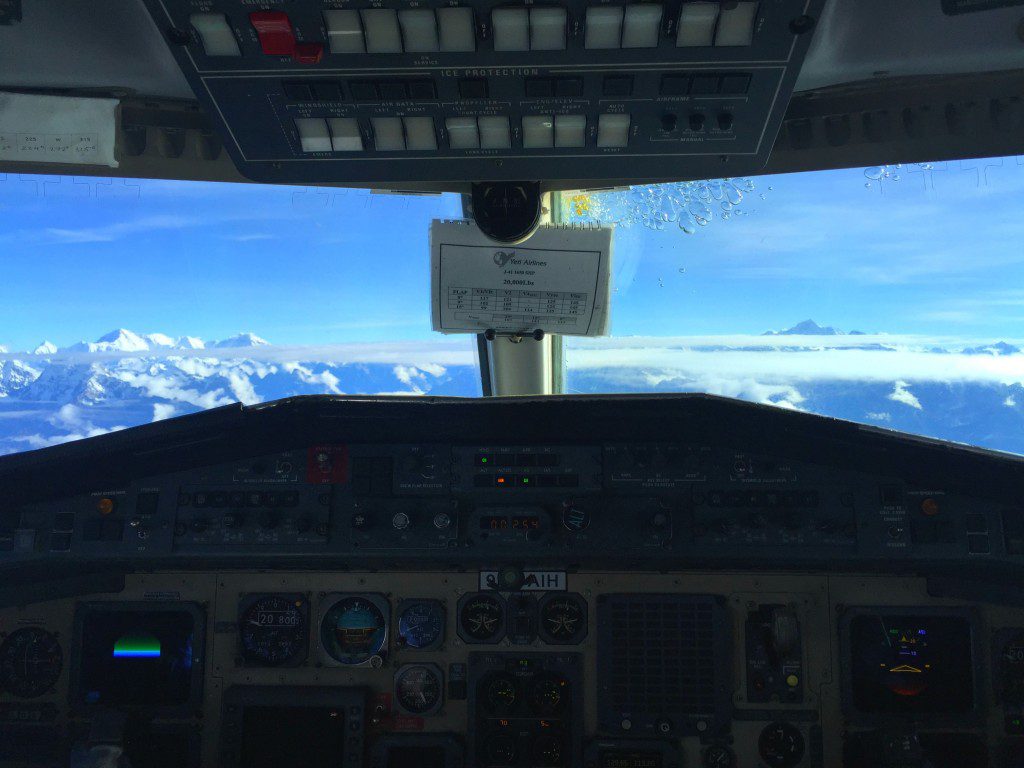 Once I made my way back to my seat, Everest was finally visible from my window. The sheer beauty of this mountain is enough to overwhelm anyone with emotions. The tallest, most unforgiving but beautiful mountain in the world was right next to me. I was unable to take my gaze away, thinking of the people that have traveled from all around the world to try and climb this mountain. Much to my surprise, after we circled Everest, everyone was handed a cold glass of champagne. We all started as strangers, but quickly became friends. We spent the rest of the flight toasting to the most beautiful sight any of us have, ever and will ever see: Mount Everest. 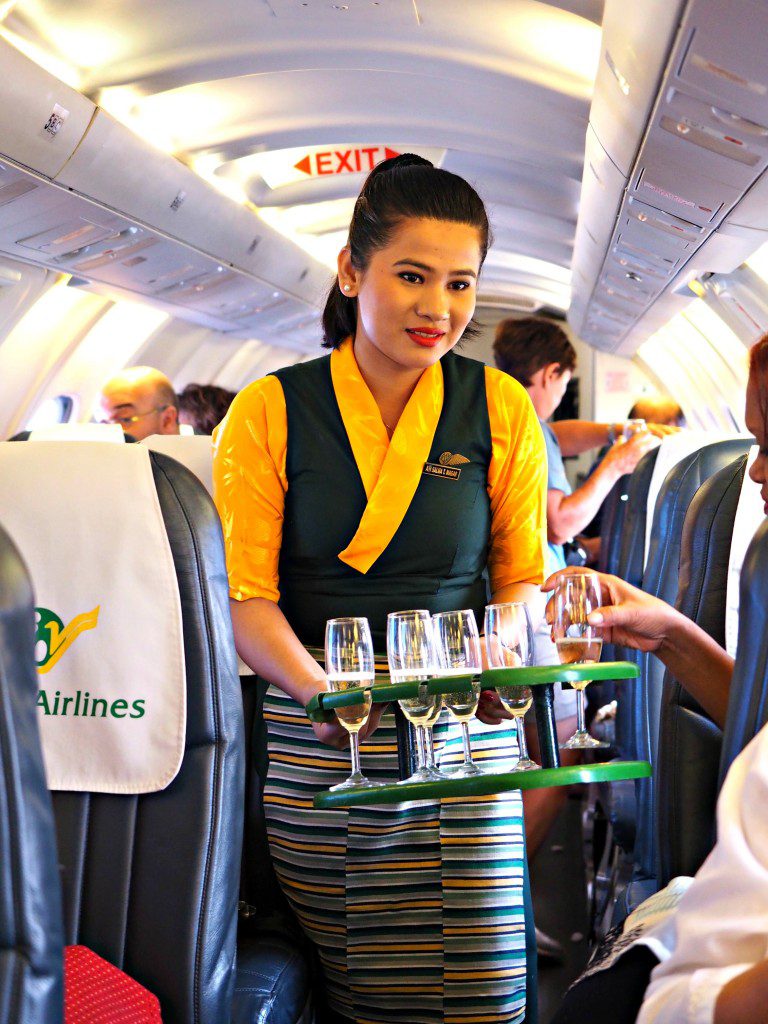 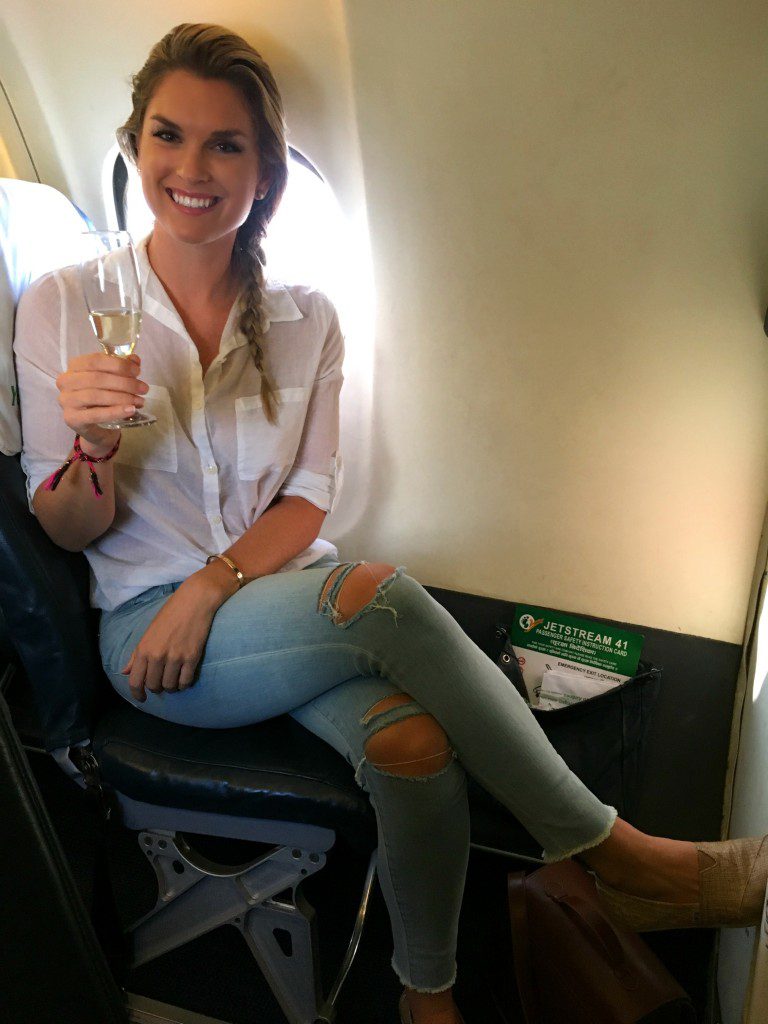 **This article originally appeared in Inside Himalayas Magazine** 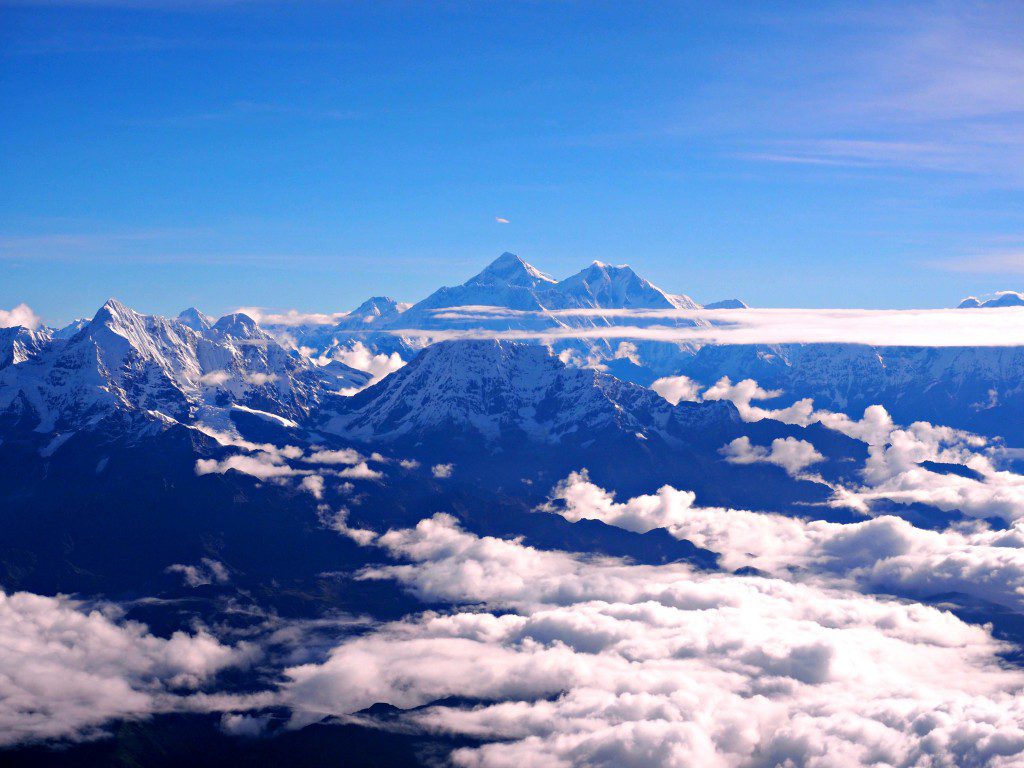