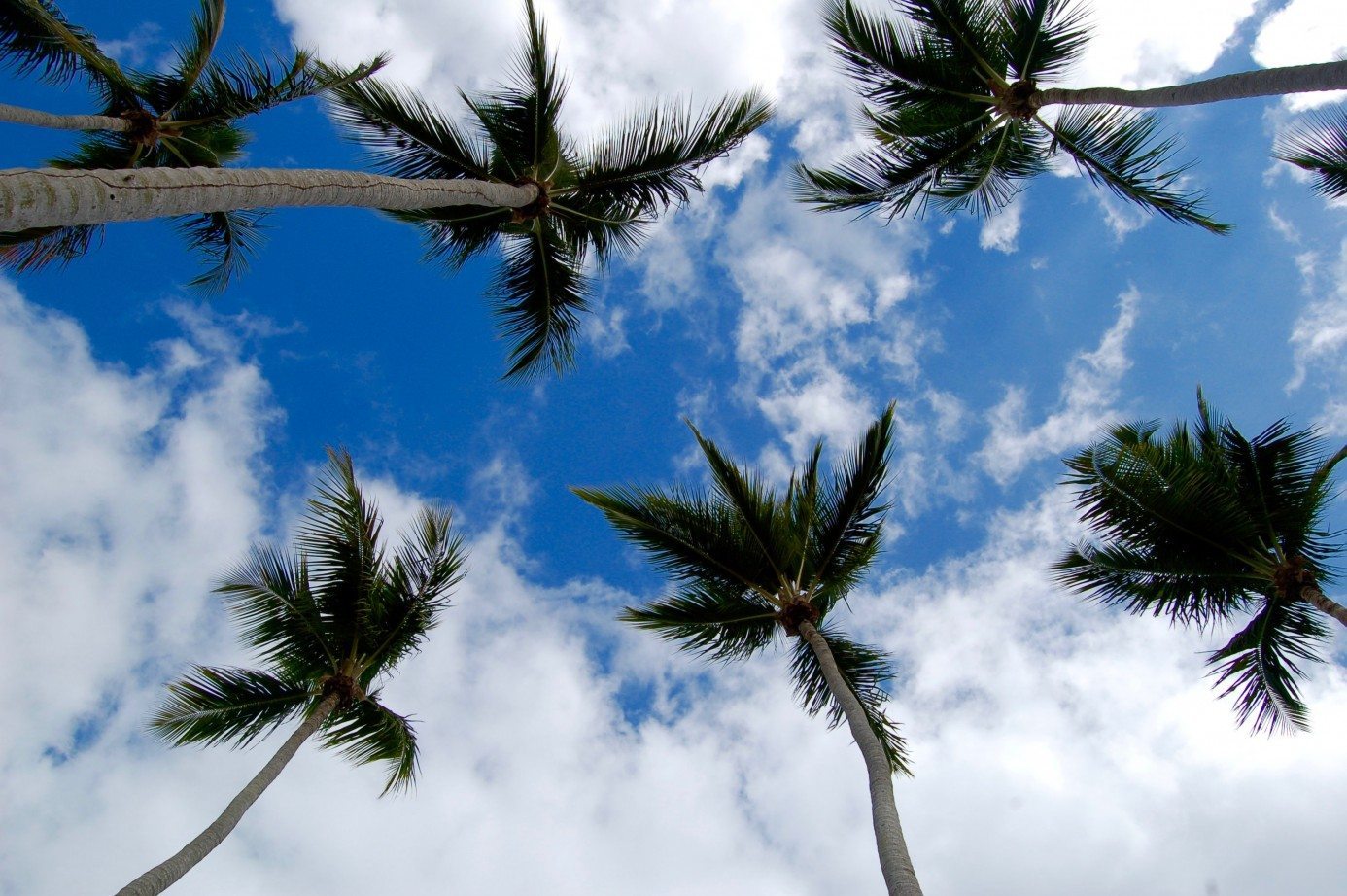 Hey everyone! I hope everyone had an amazing holiday. I apologize that I haven’t been keeping up with the website and I haven’t posted anything lately. But, thats all going to change because I’m back and better than ever! I do have some exciting news, I’ve been talking with the CBS Early Morning Show producer and I might be doing a cooking segment on it!!!! I’m nervous just writing about it! Also, my ebook should be available on my website pretty soon. It’s been a pain in the butt to write! But enough about all that and onto my awesome vacation I went on… Dominican Republic!

It was absolutely gorgeous there. I loved it! The people are so sweet and make you feel welcomed. Oh, and did I mention the awesome food?!

YUM! I think food always tastes better when you’re eating it on a gorgeous beach. Maybe thats just my opinion? We stayed the first couple of nights in the city of Puerto Plata. We stayed at the most amazing boutique hotel that looked like a beautiful mansion called Casa Coloniel. I highly recommend it. I went on this gorgeous vacation with my Aunt, my cousin Jesse, my cousin Leili, and my Aunt’s friend Terry. We all had so much fun and did so many amazing things!

One day when we were in Puerto Plata we decided to head into town for their Carvial! It was a huge party and everyone was dressed up in these gorgeous elaborate costumes. They all danced in the street and it was crazy. Lets just say there was a lot of Rum being drank there and the music was so loud I think me ears started bleeding. But it was worth it!

After staying in Puerto Plata a few days we headed to Samana. In Samana we stayed at a hotel called the Bannister hotel. It was gorgeous! Right on the water with a beautiful marina. Not to mention they have so many activities you can do there. The first day we were there we decided to go see what Samana is famous for : humpback whales. We got on a boat in Samana Bay and headed out to see some whales! While we were waiting there were Dominican people walking around trying to sell you all sorts of goodies but one thing really caught our eye: this huge round of coconut bread! It was delicious! It was unsweetened coconut so it wasn’t sweet but there was this faint coconut flavor that made you all warm and fuzzy inside when you ate it. After we devoured about 5 pounds of coconut bread we went out and got lucky and sale two whales! It was a truely awesome thing to see in person.

Besides going to see the Whales we also went on a boat and went to Los Haities national park which was awesome. There are huge caves that we got to go into and explore. That was a lot of fun! The last day we were there we went up in the mountains to the city of El Limon. We met up with a guide and we all got our own horse and headed to the waterfall! To get to to waterfall we had to ride though coffee plants and cacao plants. Oh my gosh!! The coffee plants had these gorgeous white flowers that smelled like heaven. It smells like a combination of Jasmin and Orange Blossom. Oh man!!! I wish you all could smell it. Also on the way there there was the cutest old man making chocolate and roasting coffee beans on the side of the road. I had to buy some! Once we were to the waterfall I was so excited. Its so gorgeous. Pictures don’t do it justice! My cousins and I jumped in the water and swam in the cold fresh water. It was just breathtaking.

After we went to the waterfall we were lucky enough to have the most amazing Dominican woman cook us an amazing lunch. We got off the horses and we were greeted with fresh pineapple juice. Oh man was that good!! After we were done with our juice we were led to the back where she set up an entire outside room for us. She was just so adorable and had fresh flowers everywhere and wine and it was just adorable. Then… the food came. We had grilled lobster, yellow coconut rice (yes coconut!), red beans, and tostones. The food was just out of this world!!!! Amazing.

Then, after we were stuffed out came dessert and delicious coffee and the Dominican’s favorite drink: Mamajuana. When you buy mamajuana you think its a joke. It looks like wood chips and leaves. They put it in a jug and fill it with half red wine, half rum, and honey. They let it sit for weeks before they drink it. It actually is pretty good! But enough about that let’s talk about the dessert… coconut flan. Are you noticing a trend here? There’s literally coconut trees everywhere! Suni, the owner of the restaurant, hand grated the coconut to put into the flan. It was by far the best flan I’ve ever had. The creamy texture with the little crunch of the fresh grated coconut mixed with the slightly sweet custard and sweet syrup. Oh man. I want some right now! I might fly back just for that flan.

The last night of our trip we headed back to Puerto Plata to the same hotel we stayed in before. In the hotel they have this great little restaurant. We called ahead and they put us out in the garden by ourselves. It was so romantic. Too bad there were no men there! They had awesome food there. To start out we got mushroom caps stuffed with goat cheese. Mmmmm… goat cheese. For dinner I had the Yucca gnocci in a spicy sauce with shrimp. OH MAN! Party in my mouth so good. I’ve never heard of putting yucca in gnocci but its genius. Then, of course, we had to get dessert. We had a chocolate lava cake with macadamia nut ice cream, passionfruit flan, and a tropical fruit cobbler. Then of course we had to wash everything down with some white wine right? Right! Everything about the trip was just fabulous and I love every minute being there. I think I’m having withdrawals. I hope everything is doing great! Stay tuned for updates, my ebook being up, and more videos and recipes! Thanks everyone 🙂